The Alienware m11x was one of the big surprises at this year’s CES. Some have called it a gaming “netbook”, but that’s neither accurate or fair. Instead it’s a decidedly unique 11-inch CULV-based laptop with an Nvidia GeForce 335M – a faster graphics card than the one in the latest Arrendale MacBook Pros. All in all, it’s without a doubt the most portable gaming laptop so far, even if it’s on the heavy side for an 11-6-inch model (4.5 pounds/2kg). The best part is that it’s affordable, starting at $799, although most buyers will probably opt for a few upgrades. 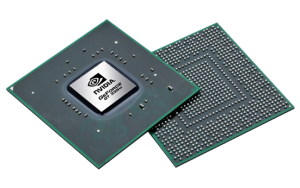 Nvidia’s GeForce GT335M is an upper-midrange card with 72 stream processors, 233GFlops floating point performance, 128-bit memory interface and 1GB GDDR3 memory. The default clock speeds on the m11x are set to 450MHz core, 790MHz memory and 1080MHz shader. Of course, the M11X also has a second graphics card – a switchable integrated Intel 4500mhd that vastly improves your battery life when you’re not playing games. Thanks to the switchable graphics, the Alienware is on par with just about every other CULV-based laptop and offers excellent stamina for anything other than games.  Unfortunately it was released just before Nvidia launched its Optimus technology, so you’ll have to switch manually. [Update: Optimus will be integrated with the upcoming m11x refresh]

One might expect the CPU to be a bottleneck in this system, but that is apparently not the case by and large – at least not with the 1.3GHz Core 2 Duo U7300 (which can easily be overclocked to 1.73.GHz). Dell’s claim that the m11x can manage more than 6,000 points in 3DMark06 is no exaggeration.

In real-life gaming, it looks like this puny 11.6-incher is actually able to deliver playable framerates at native resolution in nearly all current games – even with the details turned up. Notebookreview tried out a handful of games; Call of Duty: Modern Warfare never dropped below 25fps, Left 4 Dead 2 performed well, only dropping below 25fps with hordes of zombies on the screen. Resident Evil 5 was no problem whatsoever, averaging 69fps and Mass Effect 2 usually stayed above 30fps with only dynamic shadows disabled, says Notebookreview. The only game that presented some problems was the CPU-intensive Shattered Horizon, where the CULV processor actually became a bottleneck.

Unfortunately most other reviews are pretty short, not stating much more than that the Alienware m11x is awesome, small, etc., but ScottSoapbox offers up some trustworthy anecdotal evidence of its real-world gaming experience; Unreal Tournament apparently runs fine at high settings (no surprises there), CoD 2 can be played at max settings including 4x AA and delivers between 50 and 90fps on the m11x. This review also mentions some noteworthy pointers on overclocking the machine. Some video of DA: Origins:

We will be happy to hear your thoughts