Nvidia’s CEO recently stated that we should not expect the company’s next-gen GPUs in a “long time”. Now we have an estimate on how long we have to wait before the GTX 11-series shows up in gaming laptops.

The graphics card, or GPU, is the single most important component in any gaming PC, so the timeless question of whether to wait for the next hardware generation mostly applies to GPUs. While an expensive, high-end CPU may have some effect on the frame rates in certain games, it is not nearly as important.

Unfortunately, AMD – Nvidia’s only real competitor in the gaming space at the moment – is still lagging in terms of efficiency, which leaves us with Nvidia and its (also-delayed) GTX 11-series. As recently as Computex, Nvidia CEO Jen-Hsun Huang let us know that we shouldn’t expect the 11-series in a “long time”.

However, credible rumors are now surfacing, claiming that the desktop GTX 11-series for might launch in Q3 of 2018, with the mobile versions following later in Q4 in time for Christmas. Among others, TweakTown reports that Lenovo’s upcoming 15” Legion Y530 will be available with the mobile GeForce GTX 1160 GPU. 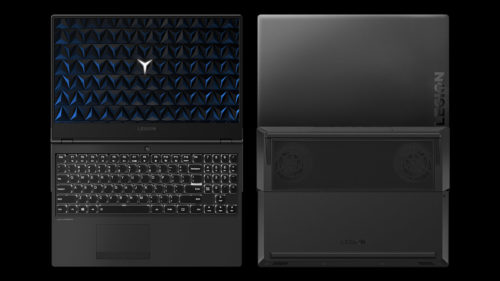 The Lenovo Legion Y530 is a comparatively sleek 15-inch model configurable with a choice of IPS panels, Intel Coffee Lake processors and (currently) GTX 1050 or GTX 1050 Ti graphics. Its current starting price is $950, but it will obviously be more expensive in its higher-end configurations, and no doubt even more so with the upcoming GTX 1160 GPU.

Since the GTX 11-series is still unannounced, we don’t know exactly what to expect in terms of performance from the GTX 1160 mobile. Rumors point to a 192-bit memory bus and 6 GB of GDDR6 memory, which should provide a major boost over the current GTX 1060.

It seems highly unlikely, however, that the performance jump between generations will be as large as the between Maxwell (960M) and Pascal (1060 mobile), which in some cases is well over 200% faster than its predecessor.

We will be happy to hear your thoughts